Fasting and more specifically, intermittent fasting has become popular with many in recent years. It has many controversially claimed benefits and now there are some claims that the practise is beneficial for irritable bowel syndrome.

In this post, I am going to look at the science behind the idea that fasting is good for IBS. 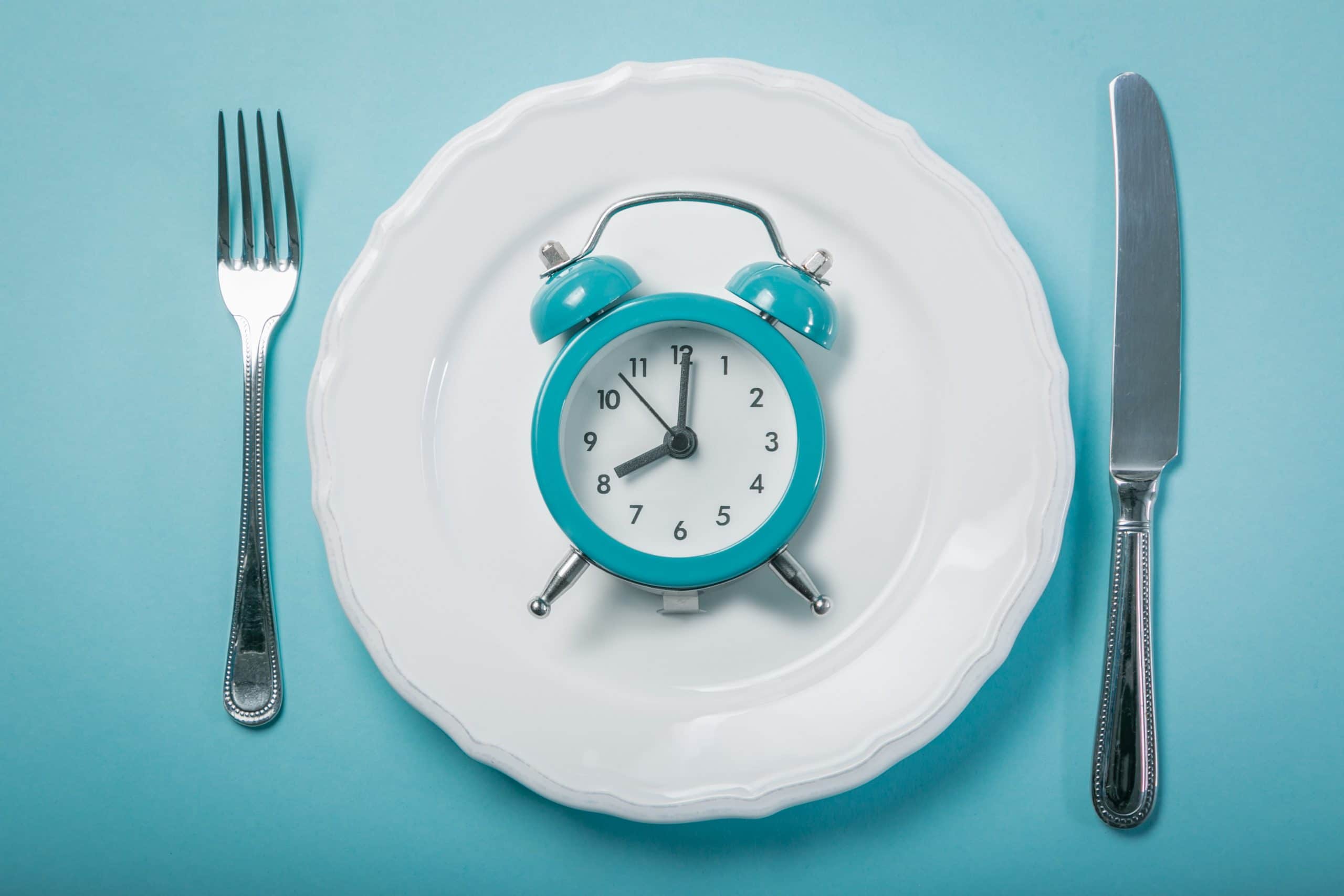 You only have to google ‘fasting for IBS’ and thousands of websites pop up. There are many individuals claiming that fasting for various lengths of time has solved their IBS through ‘resting’ and ‘healing’ their gut.

Despite the many claims, online articles often start discussing the benefits of intermittent fasting on weight loss and metabolism which is irrelevant. Some also reference mice or rat studies, again not relevant to a human population.

The claims are interesting considering as in ‘first line’ practise we generally recommend regular eating, with irregular eating / skipping meals being seen as a cause or aggravation of IBS (1).

The migrating motor complex or MMC is the element of IBS where claims around fasting being beneficial have come from.

The MMC are a set of electrical waves which work on the digestive system during periods of fasting e.g. overnight / between meals.

Their main role is to push indigestible (things that your body can not digest) substances through our gut, right to the end. Substances such as bone, fibre and bad bacteria come into this category.

These electrical waves happen approx every 90 minutes between meals and are the cause of your stomach rumbling (2).

The MMC does not work properly in those with IBS (3). This leads to ‘dysmotility’ in the small bowel, which means the movement of substances through your small bowel is not working correctly (4).

Some individuals claim that having more gaps between eating allows the MMC to work more effectively and thus, improves IBS symptoms. Although this theory sounds great, there is currently no scientific evidence to support this idea.

In terms of improving MMC function and clearing the small bowel of bacteria, what we do know is that antibiotics may help. In patients who have IBS and small intestinal bacterial overgrowth,  dysmotility (when the gut doesn’t move things through correctly) is improved with targeting bacterial overgrowth (5).

There is only 1 cross-sectional study looking at the effect of fasting in IBS and this was done in Japan in 2007 (6).

In this study, participants had 4 weeks of psychotherapy and medications (the ‘standard’ therapy), then went on to fast for a further 4 weeks. Whilst they were fasting, they were given 1-2 L of fluid each day, along with some nutrition through their veins.

After 4 weeks of fasting, the participants were fed slowly, starting at 250 calories per day.

The study showed that those who fasted, had improvements in pain, discomfort, abdominal distension, diarrhoea, anorexia, nausea and anxiety. They also showed an improvement in quality of life. These improvements were better than those who had just had the ‘standard’ treatment.

Although this study looks promising, there are quite a few problems with using the results in real life.

Usually meal patterns and regular eating are in ‘first line’ advice for IBS, which means it is one of the first things that those with IBS are advised on.

Unfortunately, when we look at studies around regular eating, there are few that just look at this element on its own. It is therefore difficult to pin-point how effective eating regularly is for IBS symptoms.

The studies that we do have which include regular eating alongside looking at other ‘first line’ advice such as fibre, fluid and meal sizes show an improvement in IBS symptoms (7).

One cross-sectional study including 966 IBS patients showed women who do not eat regularly are 30% more likely to have IBS. Not eating regularly was also linked with increased pain and worsening of symptoms in IBS (8).

Why Are There So Many Claims Around Fasting In IBS?

Despite there being no scientific evidence for fasting in IBS, there are quite a few people claiming to have got symptom relief. So why is this?

Well, we don’t know yet. But, here are a few potential explanations;

Are There Any Risks With Fasting For Those With IBS?

Again, there are no direct, long-term studies looking at fasting in IBS so it is hard to say. But, there are quite a few concerns.

Firstly, fasting (especially without dietitian supervision) may lead to a reduced intake of certain dietary components leaving an individual at risk of nutritional deficiencies. Secondly, other gut-specific food components such as prebiotics and fibre will likely be reduced, which could harm the levels of good gut bacteria. In-tern, this may worsen IBS in the long-term. 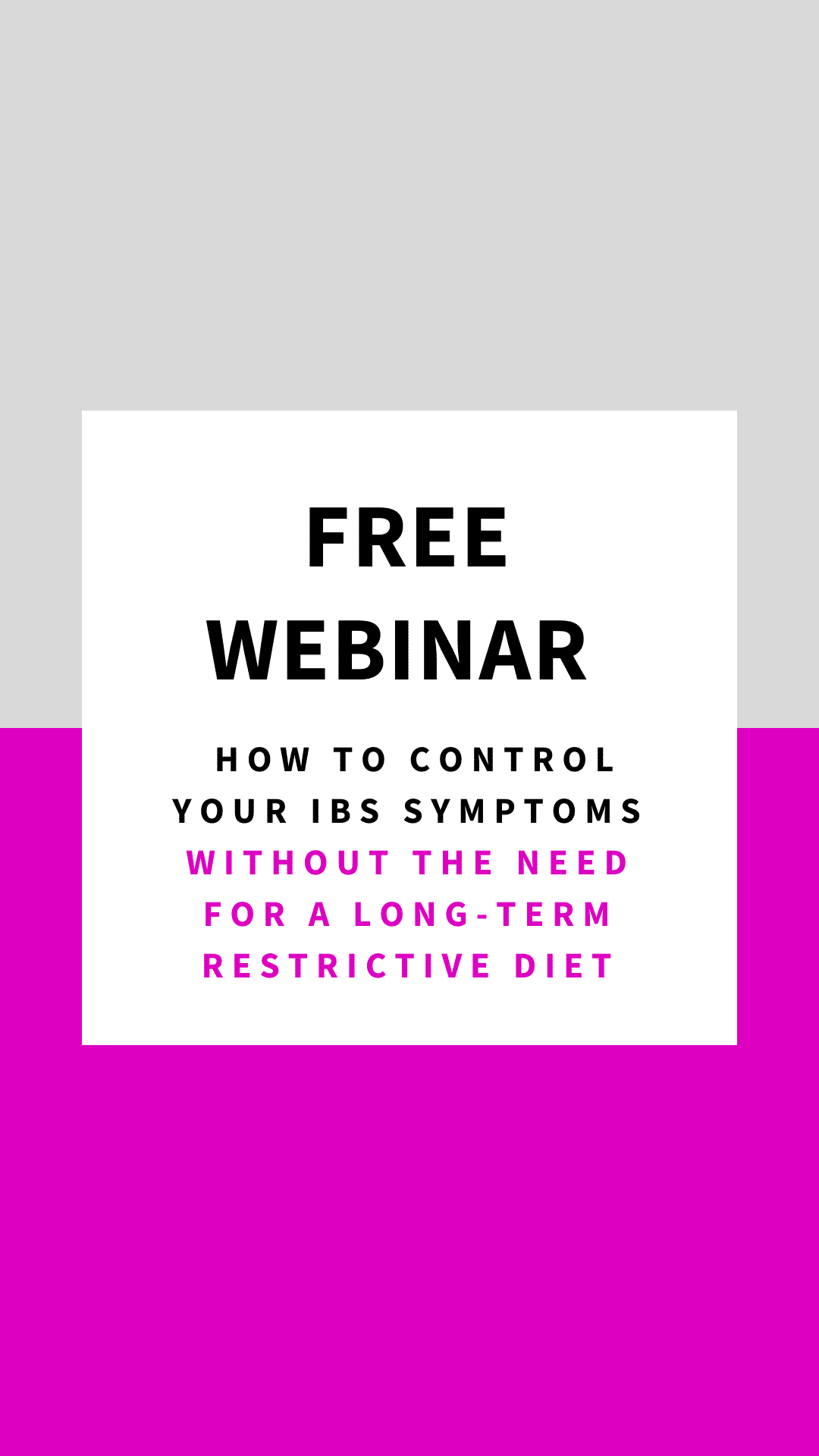