Apple cider vinegar (ACV) is a growing health trend, but does it help with IBS and digestive health?

In this article, I take look at the science behind the claim that ACV is good for digestive health and whether you should be taking it as part of your daily diet. 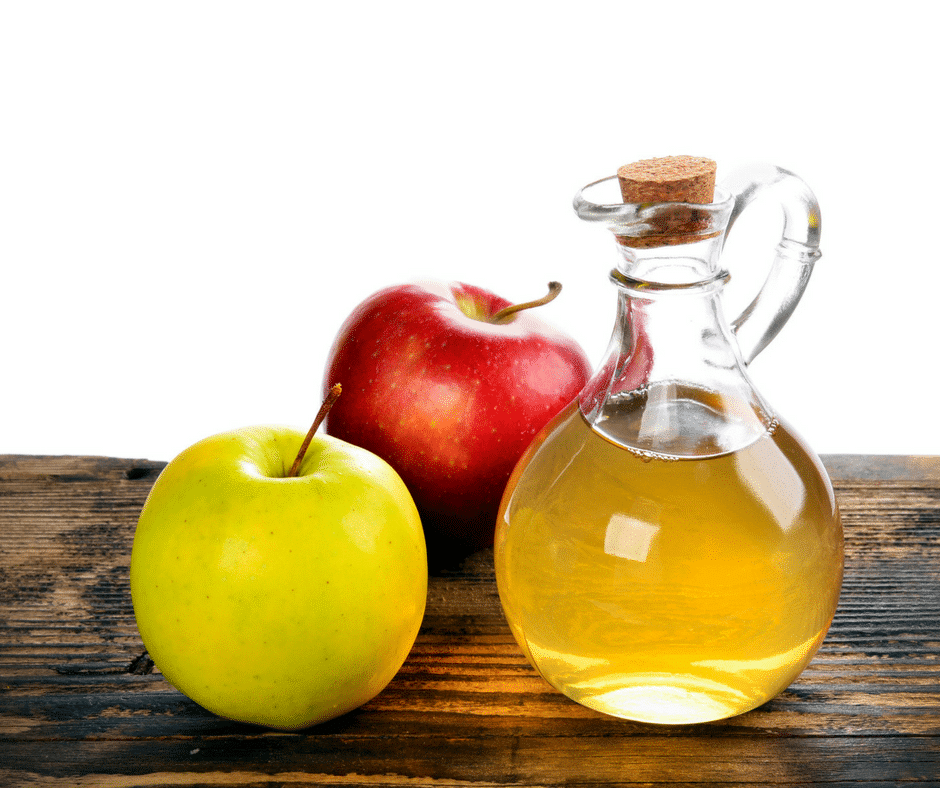 What Is Apple Cider Vinegar?

ACV is a type of vinegar made from apple cider or apple must. It is mostly made up of a type of acid called acetic acid.

ACV is made through a process called ‘fermentation’. This process involves bacteria and yeast being added to the apple juice, which firstly produces alcohol. There is then a second fermentation which produces the ACV (1).

One of the claims around ACV, is that it can help with sore throats, especially in those who have had an ongoing sore throat. This claim is based on an idea that the ACV is apparently able to break up mucus and has an antibacterial affect.

Although we know that ACV does have antimicrobial properties due to its acid content, there is currently no evidence supporting this to work inside the human body. Instead, the studies look at its use outside of the body e.g. in food hygiene and to clean dentures (2, 3).

There is 1 case report of a women using ACV to cure her vaginal candida infection (thrush) (4). But this is just 1 case and would never be used for general advice unless much larger studies had been done. It is also well established that changes in pH can actually cause vaginal thrush. This is therefore a great example of how not all studies are transferable to the general population.

There are also studies looking at the use of ACV in improving the immune system, but these are done in animals and unfortunately have no relevance to humans (5, 6, 7).

The idea that ACV can break up mucus is an idea which has simply been pulled out of thin air.

I guess the most worrying part of this health claim is that actually, an ongoing sore throat may be the sign of serious medical conditions! So, if you are having this symptom and it is not improving after 1 week, see your GP.

One of the claims around ACV is that there are enzymes in it which will help break down food and therefore prevent gas being produced.

However, the types of enzymes found in ACV are not the type needed to break down food and so this is claim is not true.

Your body naturally produces enzymes, mostly in the small bowel, to help break down your food. Although enzyme deficiencies can occur, they are rare and would require different and much higher doses of enzyme supplements.

The 3rd claim around ACV is that it is good for constipation, as it supposedly stimulates gastric juices. Unfortunately, there are no studies to support this claim at all.

There is, however, one very small study looking at ACV in diabetics with gastroparesis (a condition which slows down the movement of your food from your stomach into your bowel). The results of this study actually suggested that taking ACV made symptoms worse in this condition (8). Which is, essentially, slowing the gut down and not speeding it up.

It should also be noted that most constipation is caused by poor diet and lifestyle habits or problems with the signalling of nerves in the gut. Even if ACV could affect gastric juices, it is therefore unlikely to change these underlying issues.

The claim is that a low stomach acidic level can lead to heart burn and that drinking ACV will increase this acidic level.

Firstly, heartburn is not caused by having a low stomach acid level. The actual cause is often unknown, but what we do know is that the following factors can increase your risk of heart burn or trigger it in some people (9).

Secondly, our stomachs actually contain something called a ‘buffer.’ This controls the pH levels (or how acidic your stomach is). If foods could change our pH levels, we would die.

Prebiotics are essentially ‘gut bacteria food’. Having them in your diet will help to improve levels of good gut bacteria. You can read more about prebiotics here.

The claim around this one is that ACV is a prebiotic, as it contains pectin from apples. But, unfortunately, the amount of pectin left in ACV after the fermenting process is virtually non-existent, and so it is unlikely to have any beneficial affect.

One of the most common claims with ACV is that it has anti-inflammatory properties that will help to reduce inflammation in the gut.

Again, these claims are based on absolutely no scientific backing at all. The only remotely related study to this (and even this is a stretch!) was one done on rats with arthritis. As we know, animal studies are not accurate when looking at how the human body works. The rat study ironically resulted in an increased inflammation in rats which arthritis when they were given ACV (6).

Apple cider vinegar is one of many types of fermented foods, just like kefir, sauerkraut and kombucha. 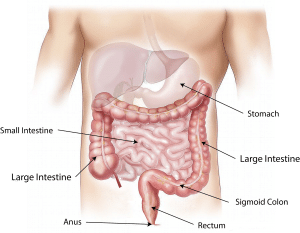 Although apple cider vinegar may contain beneficial gut bacteria, it is not a probiotic. Unfortunately, to be classed as a probiotic, the good bacteria needs to survive the whole of the digestive system to get to the end where the large bowel is. The bacteria also needs to do this is large enough amounts to have a beneficial affect.

Fermented foods are not classed as probiotics because there is no proof that they are able to do this. Unlike probiotic supplements, fermented foods do not have a protection layer around their bacteria. Therefore it is likely that most of the bacteria is killed off in the stomach acid or by digestive enzymes.

It should also be noted that only ‘organic’ ACV which contains the ‘mother’ actually has this good bacteria in it. You can tell the difference as the organic one will have a cloudy appearance.

There are some animal studies suggesting that ACV could improve the benefits of taking a probiotic (7). But, again, this is an animal study.

ACV contains high amounts of acetic acid. It is well known that regularly drinking acidic drinks will increase your risk of tooth erosion (10). Acid does this through softening the enamel on your teeth, which then easily wears away.

There are other studies known as ‘case reports’ which talk about one off incidents with ACV, but, these do not give an accurate picture of what could happen in general.

ACV is not beneficial for the digestive system or conditions such as IBS. However, if you do want to include it in your diet for the taste, do so by using it as part of meals. Do not take ACV on its own as it may cause your teeth to become damaged.

And, as always, you must see your GP if you are experiencing digestive health symptoms of any sort. This will ensure that you get the correct and safe medical management you need.

🤔 What would you add to your IBS wish list? Com

😢 The question I often get asked by many of my

🤔 Can you relate to any of these comments? Let

😅 Relate? ⏩ The irony is that you are the pe

Do you suffer from IBS-D?Comment below 👇 ​​

💩Which myth surprises you? ⏩ Gluten - is a p