This article is about the gluten free diet and IBS. If you have irritable bowel syndrome, then you will probably be trying to avoid gluten to help your IBS symptoms.

A gluten free diet may actually make your IBS better, but it isn’t because of the gluten. In fact, avoiding gluten may have some negative affects on your health.

In this article, I will explain the relationship between gluten and IBS so that you can avoid the negative impacts of blindly following a gluten free diet. 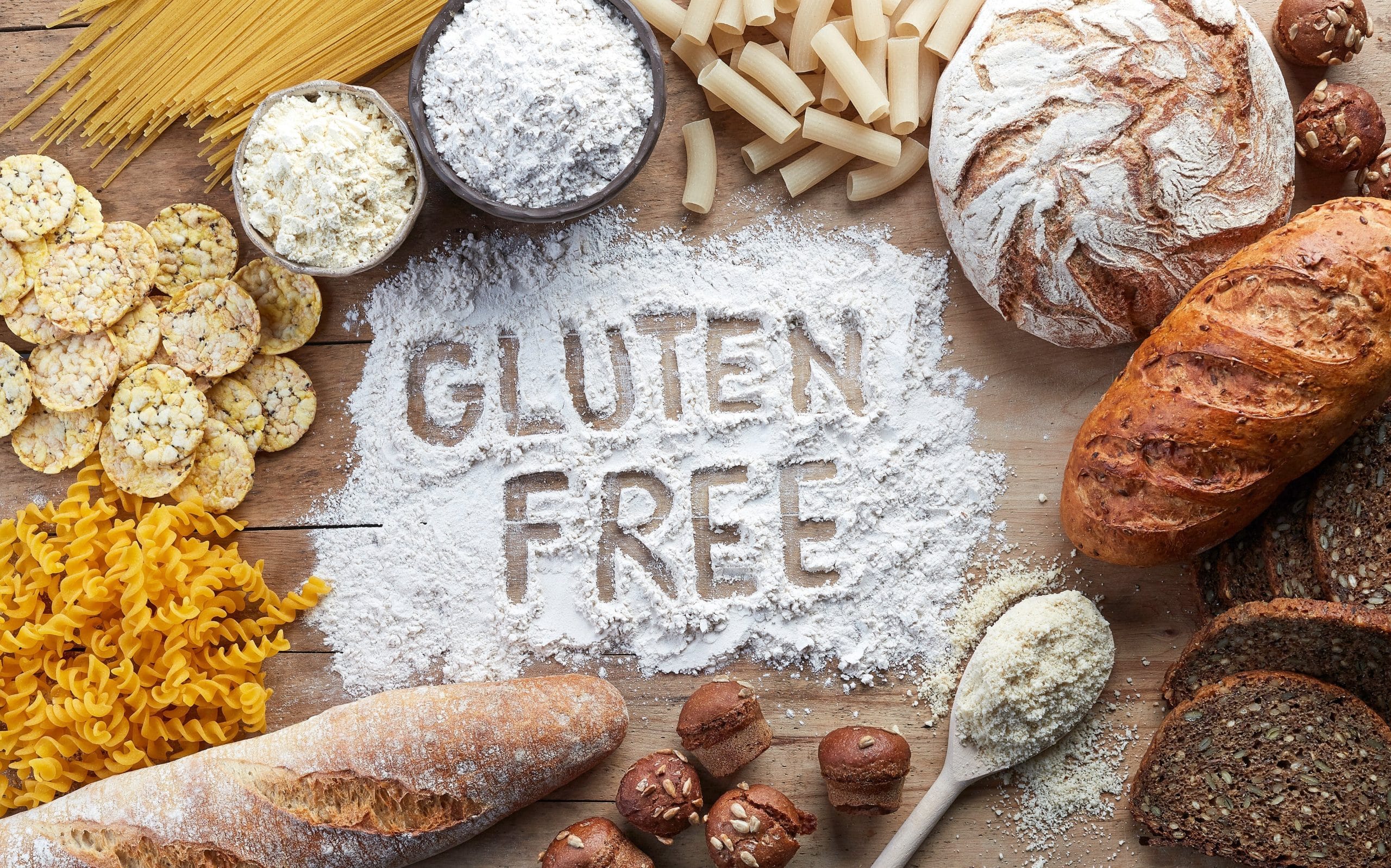 Gluten is a protein found in wheat, barley and rye. It is made up of both prolamins and glutamine. Each grain contains slightly different formats of gluten: glutenins are found in wheat, hordeins in barley and secalins in rye (1).

Does a Gluten Free Diet Help With IBS?

There are several claims that a gluten free diet has been proven to help with IBS symptoms. But this is not quite the case.

Yes, there are several studies which suggest that a higher gluten intake worsens IBS symptoms, but the results are not so clear cut (2, 3, 4)

In many of the studies, the participants have tested positive to the coeliac gene. So this makes it unclear as to whether they were actually just coeliac (5).

The other issue is that most goods which contain gluten are also high in FODMAPs. Which means that if avoiding gluten will reduce your FODMAP intake by default and will therefore improve your symptoms.

Could it be Non-Coeliac Gluten Sensitivity?

There is a condition known as non-coeliac gluten sensitivity. This is when you experience digestive symptoms when you eat gluten but both a wheat allergy and coeliac disease have  been ruled out (6).

This condition is not really understood yet.

The symptoms could be caused by gluten, but also FODMAPs or even amylase-trypsin inhibitors. The problem is that gluten containing foods also contain many other components.

So at present, we know of this condition, but we can not be sure that gluten is the cause.

There has been one study which controlled the amount of FODMAPs. Participants were split into 3 groups: 1 group has 0g gluten / day, another had 2g of gluten per day and the third group had 16g of gluten per day. The study showed no changes in symptoms in relation to gluten intake (7).

Do Not Avoid Gluten Pre-IBS Diagnosis

As part of your irritable bowel syndrome diagnosis, you will need a coeliac disease blood test. If you are excluding gluten then your test will be incorrect.

It is important to get an accurate test done and coeliac management is not quite as simple as going wheat free. The incorrect management of this condition can lead to bowel cancer.

Is a Gluten Free Diet Safe?

A gluten free diet does have some draw backs which you should be aware of.

Firstly, foods that are specially made gluten free such as a gluten free breads are higher in sugar, salt and fat (8). It is also a lot more expensive than it’s gluten free counterpart.

Foods that contain gluten also tend to be prebiotic and a fibre source. This may mean that it is more difficult for you to reach the recommended 30g of fibre each day (8).

At present, there is no accurate information to support a gluten free diet for IBS management. Instead, we know that a gluten free diet may damage your health. So what I suggest to clients is to focus on the FODMAP content instead. Work through a process of a low FODMAP diet and then reintroduce these foods to find your tolerance levels.

This way you will be able to benefit from a reduction in symptoms but also keep gluten containing products in your diet at a level that does not trigger symptoms.

If you would like more advice about this issue, then please book a complimentary call with either myself or one of my dietitians. Click here to book.