I get asked about coffee in every one of my specialist digestive health clinics. Whilst I am able to give my individual clients the individual advice that they need, it is impossible to give one over all recommendation, so I thought I would write this post to explain.

Despite being famous for our love of tea, us Brits also consume large amounts of coffee. Unfortunately, many people report that coffee affects their digestive system, causing symptoms.

So, does coffee have a negative affect on the gut? And, if so, how does it do this  and how much is safe to drink? 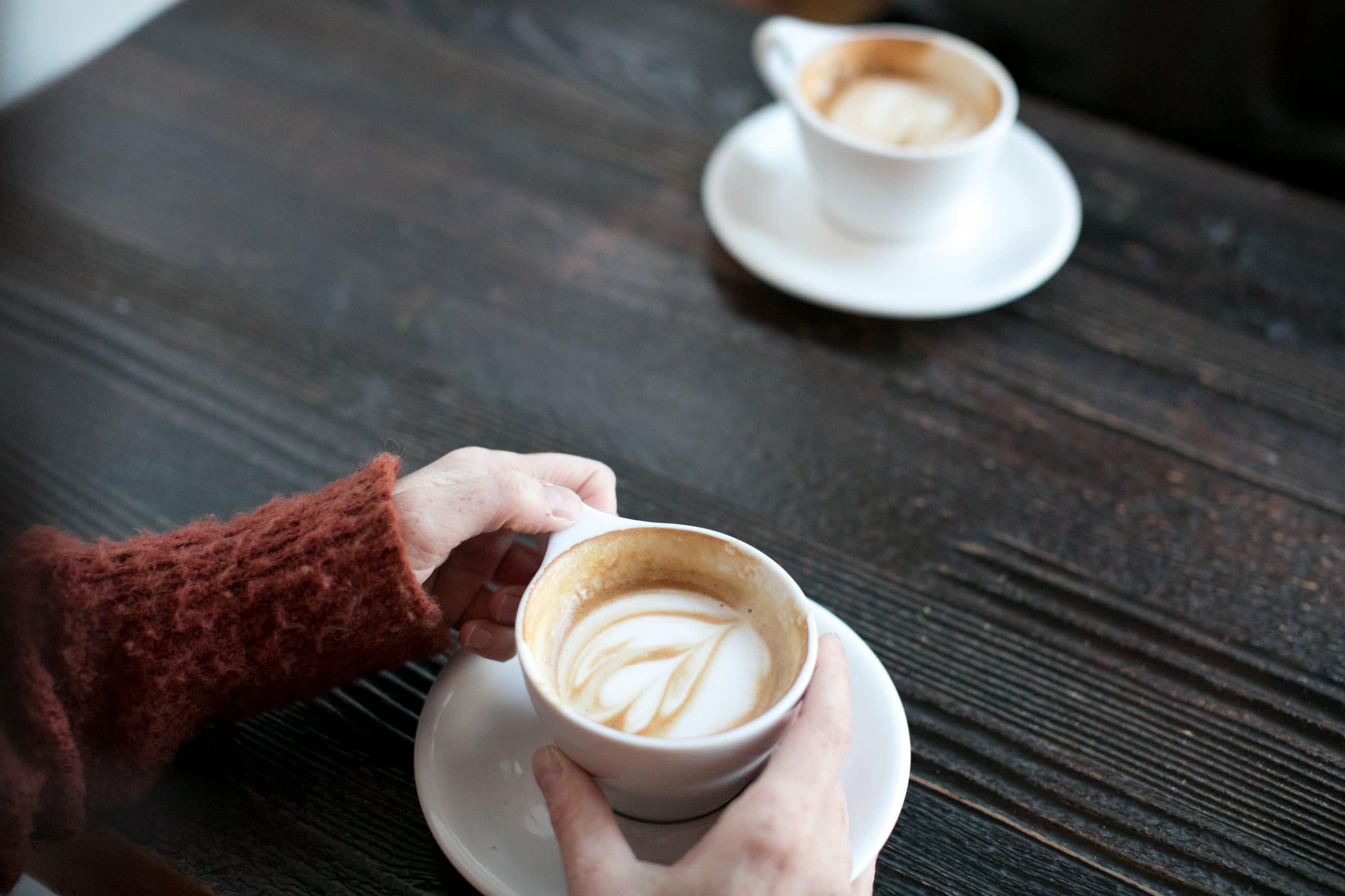 How Does Coffee Affect The Digestive System?

Coffee is said to affect the digestive system in a number of different ways. It is thought to do this due to its affects on the gut-brain axis (1).

It is the caffeine in coffee which has this affect. Although we consume caffeine without much thought, it is actually classed as a drug due to the physical affects it has on the body.

In those with IBS, coffee is one of the main foods reported to relate to acid reflux symptoms (2).

There are many claims that the levels of caffeine found in coffee can increase acid produced from the stomach. Thus, leading to acid related conditions such as oesophageal acid reflux disease. Unfortunately, there is currently only poor scientific evidence to support the elimination of caffeine in acid reflux disease (3).

In addition to this, there has been a couple of large human studies to argue against this concept that caffeine has a role in acid reflux. In one study, researchers found that coffee drinkers were actually less likely to have an acid-related disease (4). A further, similar study showed only a weak link between coffee consumption and acid reflux (5).

The problem with these two studies is that they are population based, which means that there are potentially 100’s of factors that could have made the results look as though coffee consumptions has a little negative affect on acid reflux disease.

Some people, with an otherwise healthy gut, seem to experience stomach pain with coffee. As of yet, this remains unexplained by science (6).

There have been studies that link the consumption of coffee with digestive health symptoms in those with irritable bowel syndrome (IBS) (7, 2).

Unfortunately, the quality of scientific evidence available isn’t great. It is therefore recommended that we should be tailoring the advice around coffee and caffeine intake to the individual rather than just banning or reducing it without need (8).

Anxiety has been linked to digestive health problems (9). Some individuals report increased levels of anxiety when they drink coffee (10). This is likely due to the psychoactive ingredient in coffee – caffeine which has been linked to irritability, nervousness and anxiety (11, 8).

Unfortunately, when it comes to looking at how caffeine affects our body when taken in normal coffee amounts, there is limited information available. Even the two studies below, disagree with each other.

So, How Much Coffee Can I Drink?

The answer to this is – it depends. As with everything in the nutrition world, you have to tailor the advice to the individual.

The recommendations we have are all based around caffeine intake, rather than the actual coffee, as the science points to it as being the ‘active’ ingredient in the coffee.

For general health, there is no need to reduce your caffeine intake as long as it is within the recommended guidelines.

If you have a digestive condition or symptoms, you need to tailor your caffeine intake to your own symptoms. This may be tricky to do and so you should consider seeing a registered dietitian.

N.B: If you are reducing your caffeine intake, this must be done slowly. Reducing it too quickly can lead to side affects of headaches.

If you would like a more tailored approach to this issue, please contact me and I will book you in for a free 15 minute phone consultation.

🤔 WHAT IS YOUR EXPERIENCE WITH THE FODMAP DIET?