Soy is renowned for its benefits to health, yet, uncertainty remains as to whether soy is safe for women with polycystic ovary syndrome (PCOS). This article takes a look at where this uncertainty has stemmed from, what the  scientific evidence indicates and the effect soya may have on women with PCOS.

This article will look at the scientific evidence to give you the most accurate advice for using soy in your diet when you have PCOS. 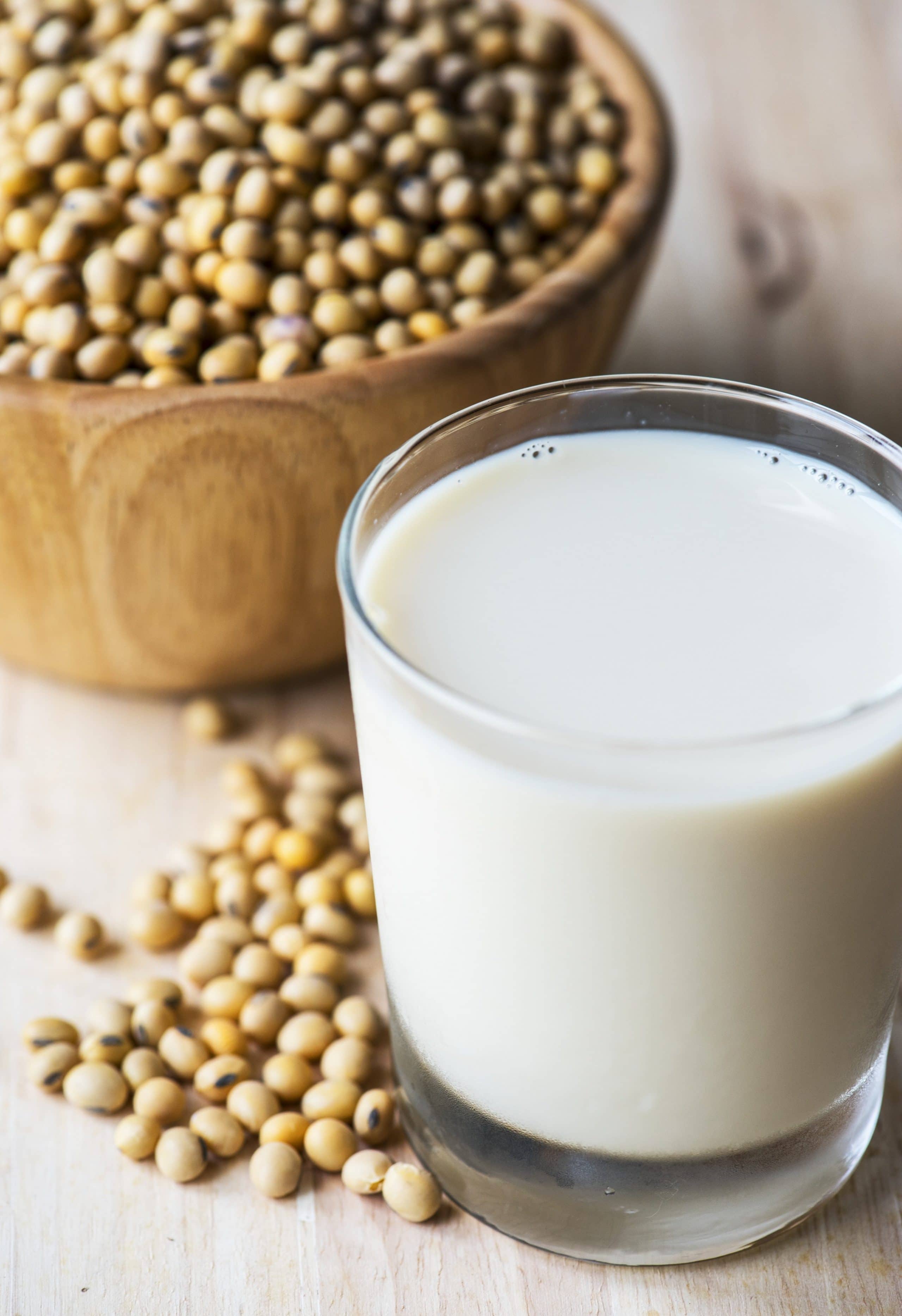 How Is Soy and PCOS Linked?

Various articles in the media have different ideas about why soy is not safe for women with PCOS.

Here’s a few claims I came across:

You’ll be pleased to know that despite the many claims, these are highly inaccurate!

Why Are There Claims That Women With PCOS Should Avoid Soy?

The reason why these non-scientific articles have made such suggestions is due to soy being high in phytoestrogens. Phytoestrogens which have a similar structure to the oestrogen in our bodies.

Oestrogen is a female hormone. Its job is to ensure that ovulation occurs and thus promoting fertility. The claims came from the idea that phytoestrogens can mimic oestrogen in the body, worsening PCOS symptoms.

In a study of 60 Japanese women with no PCOS, an additional 400mls of soya milk per day showed no changes in oestrogen levels (2).

A further study in women without PCOS showed no hormonal changes with 100mg phytoestrogen supplement per day given over a year (3).

So far, there is no evidence to suggest soy will disrupt hormones, impact ovulation and or worsen PCOS symptoms.

This means that if you have PCOS and you want to eat soya or soya products, go for it! Especially if you rely on soya as a dairy or animal product alternative.

The Positive Impacts of Soy in PCOS

As opposed to the media’s suggestions, soy is not only safe for women with PCOS, it also provides health benefits.

These include a reduced risk of PCOS symptoms and side effects, such as (4);

This means it takes longer for the body to break it down causing blood sugar levels to rise at a steady rate rather than increasing rapidly.

PCOS causes insulin resistance and so it is important to choose low GI foods which avoid male hormone production due to increased insulin levels. Being at an increased risk of heart disease in PCOS, high fibre foods will help to reduce this risk (5).

2. Soy is naturally low in fat

Food and drink with high levels of fat will provide a lot of energy. Consuming more energy than is used can lead to weight gain over time.

Women with PCOS are more inclined to put on weight especially around the stomach (6). This is partly due to insulin resistance and high levels of hormones like testosterone (7).

Being cautious of overall fat intake can help towards achieving weight loss or maintaining a healthy weight. Soy protein options often provide a lower fat alternative to animal based products.

3. Soy May Reduce Cholesterol Levels in Women With PCOS

In one small study of 12 women, levels of LDL cholesterol (bad cholesterol) significantly reduced over 6 months when taking phytoestrogen supplements from soya (8).

Women with PCOS have an increased risk of heart disease, reducing cholesterol levels is therefore paramount (4).

How To Include Soy In Your PCOS Diet

Many dairy products have a soy based equivalent. These include soya milk, yoghurts and cheese.

You could also swap foods that have high levels of saturated fat with soya based food. Women with PCOS are at risk of increased cholesterol levels, so reducing saturated fat intake could help to lower this risk.

Not all soya products are beneficial for those with PCOS. Foods such as soya ice cream or chilled desserts often have high levels of sugar so it’s advised to always check the label.

Soya in the diet is more likely to have a beneficial effect on PCOS rather than detrimental.  If there are other foods that you worry may negatively affect PCOS don’t hesitate to contact a registered dietitian.