Leaky gut syndrome is becoming an ever more popular diagnosis by many alternative health practitioners.

But, what is leaky gut syndrome, is it a real condition and what should you do about it?

As a specialist gut health dietitian, I get asked about leaky gut syndrome all the time. So, I have written this article to answer all your questions about this condition.

Having ‘leaky gut syndrome’ is said to be when there are gaps between the cells in your gut lining which then allow things such as germs, toxins and other particles to pass through into your body (1).

It is claimed that having a ‘leaky gut’ can lead to a whole host of medical problems such autoimmune conditions, Multiple Sclerosis and Autism.

How Your Gut Lining Works

Before we go any further, it is important to understand firstly, how the gut lining works.

The gut lining is a fascinating place, which contains many elements. Along the gut wall you can find immunoglobulins, mucous, defensins, and other antimicrobial products. Together, these help to protect your body from potential disease, viruses and bacteria (2).

The actual lining of the gut wall is made up of epithelial cells, which form a barrier to pathogens (bacteria, virus or other microorganisms which can cause disease) getting into your body.

Epithelial cells form the epithelial layer which is also known as a ‘brush boarder’ (imagine lots of finger like protrusions). This layer is clever in allowing only nutrients such as vitamins, proteins, ions and sugars through, but not pathogens.

It is important that pathogens (viruses, toxins and bacteria) do not get into the body through this layer and so between the epithelial cells are a series of ‘intercellular junctions’ which prevent gaps from forming (3).

Why is ‘Leaky Gut Syndrome’ Not a Recognised Condition?

There is currently no scientific evidence to support the concept that the gut can become ‘leaky’ or, using the scientific wording – more permeable, to the extent of then causing medical health conditions.

There have, however, been many studies looking at gut permeability to investigate this concept. The problem being, that these studies have mostly been done in animals or vitro (test tube) so we can’t relate their findings to how the human body works (2, 3).

Another argument against the concept of a ‘leaky gut’ and its reported links to causing disease is by looking at the management of coeliac disease. In this autoimmune condition, avoiding gluten returns an individuals’ gut permeability back to normal. But, they still have coeliac disease. If the theory that ‘leaky gut’ caused this condition was true, then surely fixing the problem would result in a cure?

Theories linking Autism to having a ‘leaky gut’ are also flawed. Yes, there is some research showing that there is a a high prevalence of digestive symptoms in children with autism and that they may also have different levels of healthy gut bacteria to the general population (2, 4). However, this is more likely explained by the fact that those who have autism have been shown to have up to 3 times more anxiety when compared to other intellectual health conditions and anxiety is linked to digestive health symptoms  (5, 6).

Can Your Gut Be ‘Leaky’?

The idea of having ‘leaky gut syndrome’ is just a theory based on little to no scientific evidence. BUT, your gut can have a higher permeability than the healthy population.

Whilst there is currently no link to increased gut permeability being the cause of any health problems, it is seen in certain health conditions as part of the process of that disease i.e. a symptom rather than a cause.

Conditions which have been linked to having an increased gut permeability (1);

In these conditions, various processes happen as part of the disease progression to make your gut lining more permeable. It may be for instance, that the tight junctions between those epithelial cells become damaged allowing particles to cross. Or, that the good gut bacteria which helps to fight off pathogens is reduced in numbers.

Treatment for increased gut permeability in disease  is not usually required (1). But, there may be some instances where there are ways to reduce the inflammation in the gut caused by the disease. This in tern, then helps to reduce the damage to the gut lining and reduce the permeability.

What If Your Gut Isn’t Permeable Enough?

Now that we have discussed increased permeability, lets cover the more common problem of reduced permeability which we know leads to health conditions.

What we do know is, that in certain autoimmune conditions such as Chrons Disease, Coeliac Disease and Ulcerative Colitis, inflammation can also reduce gut permeability.

Again, with medical treatments and specialist dietetic input, this reduced permeability can often be improved and conditions of malabsorption either resolved or prevented from worsening.

At present, we know that a gut lining is more permeable in certain health conditions. However, the concept of ‘leaky gut syndrome,’ whereby an increased gut permeability causes these health conditions, is not yet proven.

And, even if ‘leaky gut syndrome’ had been proven, there is currently no cure for it.

So, if you are having digestive problems. Seek medical advice from your GP so that they can test you for a recognised medical problems and get you the correct treatment.

Liked This? Why Not Sign Up To My Free Online IBS Course? 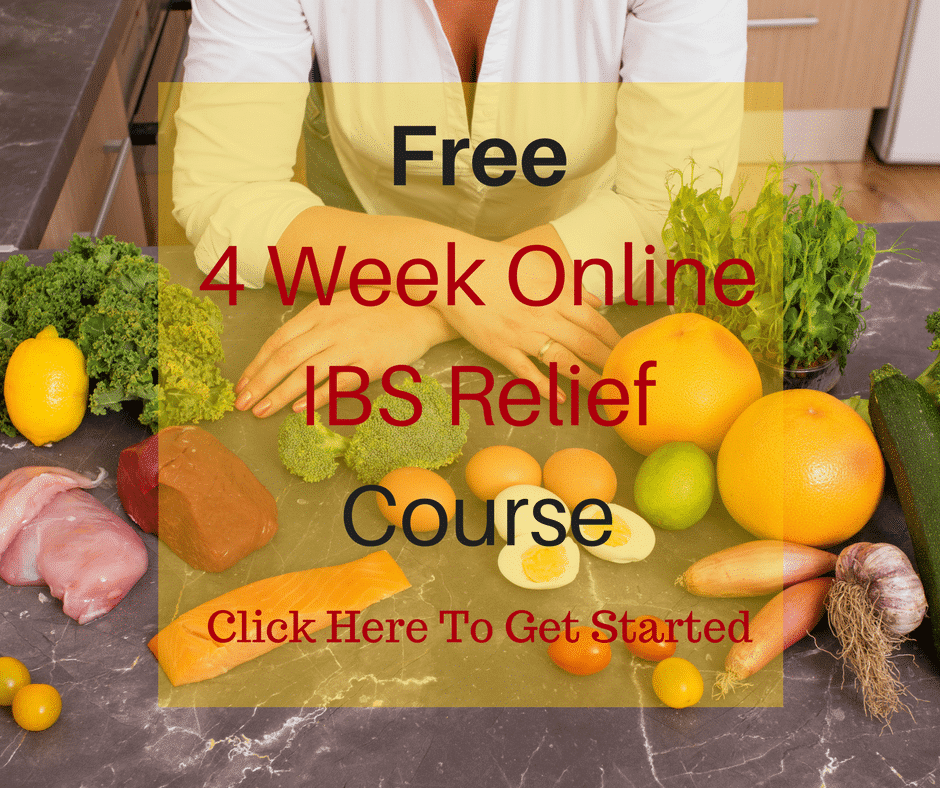 Previous Post: « Low FODMAP – Chocolate & Banana Breakfast Pudding
Next Post: What Are Prebiotics & Should You Be Taking Them? »

🤔 What would you add to your IBS wish list? Com

😢 The question I often get asked by many of my

🤔 Can you relate to any of these comments? Let

😅 Relate? ⏩ The irony is that you are the pe

Do you suffer from IBS-D?Comment below 👇 ​​

💩Which myth surprises you? ⏩ Gluten - is a p