Seitan is a popular meat substitute for those on a plant based or vegan diet. However, if you are suffering with IBS, you may be  wondering whether this food will flare your symptoms due to its relationship with wheat and gluten.

In this article, I look at the science to provide advice as to whether you should or should not be including seitan as part of an IBS friendly diet. 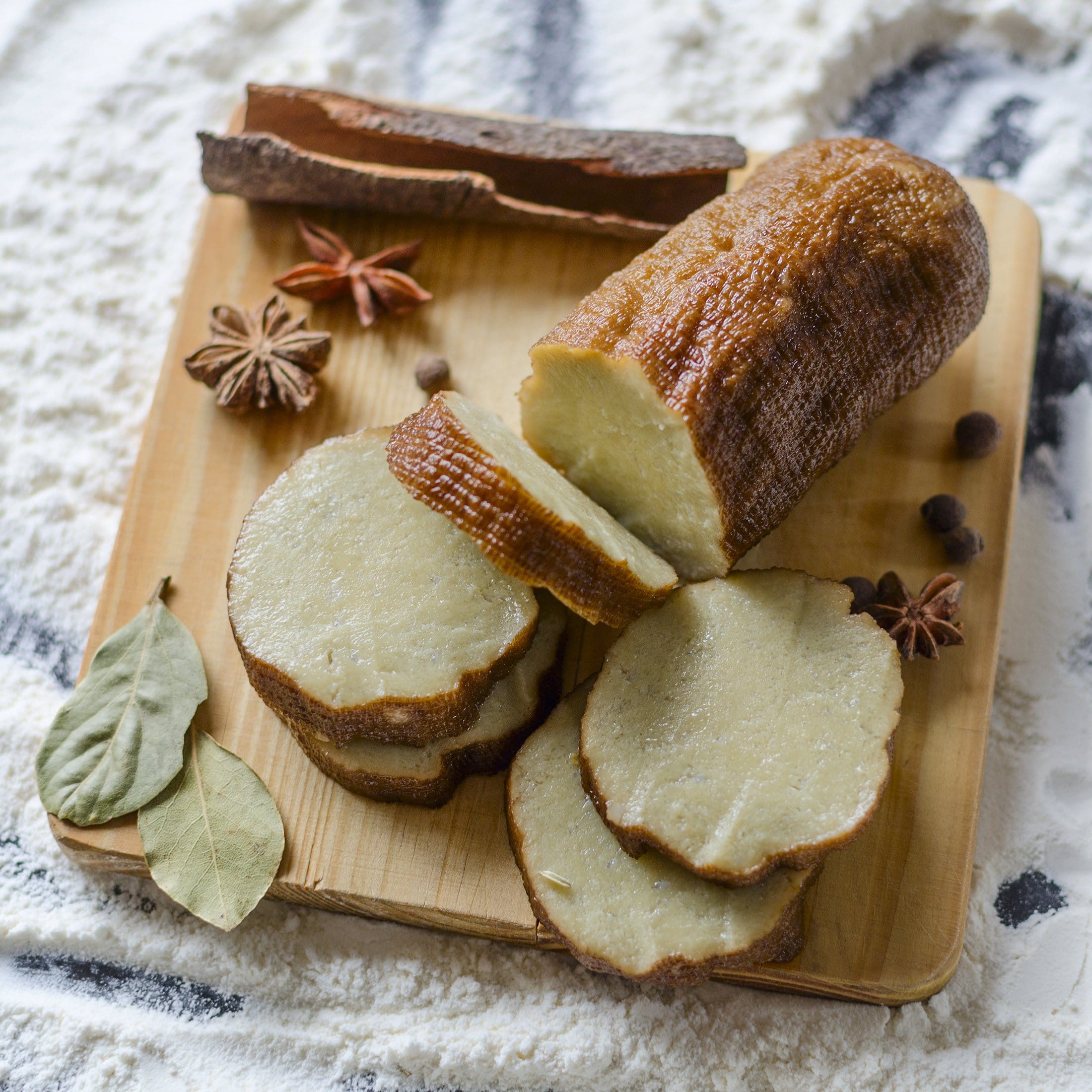 Gluten is the protein found in wheat, barley and rye. Seitan is wheat gluten which has been extracted and used as a food. Originating from China, seitan is now popular worldwide with those who follow a vegan diet

To make seitan, wheat flour is first washed. This process removes all the starch granules, leaving seitan which has a rather sticky elastic appearance.

FODMAPs are types of carbohydrates which can cause symptoms in those who have IBS.

Seitan is not a FODMAP , it is a protein and not a carbohydrate. You may find this confusing as the low FODMAP diet asks you to avoid wheat and you may need to switch to some gluten free products. This is because wheat contains a carbohydrate FODMAP called fructan. It is not because of the gluten protein as this is not a trigger in IBS.

Although Seitan is not high in FODMAPs naturally, be aware of shop bought products which often contain garlic. Always read the label!

No it is not! It is basically gluten extracted from wheat. So those with coeliac disease or a wheat allergy – stay clear!

Is Seitan Healthy and Safe?

Yes! This food is an amazing thing to add to your diet for a couple of reasons. Firstly, it is a great source of plant protein, which is especially important for those following a vegan diet. Secondly, it is much better for the environment to base your diet around plant sources of protein rather than animal protein each day.

How To Use It

Seitan is very versatile and absorbs flavours easily, making it a perfect option for those looking for a plant-based protein source.

The best ways to use this plant-based meat alternative would be in dishes which traditionally use meat. Things like skewers loaded with veggies, curry and roast dinners are simple ideas that work well with this food.

Seitan is wheat gluten that is used commonly by those following a vegan diet. Its high protein content means that it makes for the perfect plant-based protein source. Those who have IBS should also be able to enjoy this food as it naturally contains no FODMAPs.

🙋🏼‍♀️I help individuals control their IBS so they no longer have food anxiety
💩 1:1 coaching & group programmes

🎙️Have you ever considered the role of your p

🤷‍♀️WHAT ELSE CAN YOU ADD TO THIS? Commen

This website uses cookies to improve your experience while you navigate through the website. Out of these, the cookies that are categorized as necessary are stored on your browser as they are essential for the working of basic functionalities of the website. We also use third-party cookies that help us analyze and understand how you use this website. These cookies will be stored in your browser only with your consent. You also have the option to opt-out of these cookies. But opting out of some of these cookies may affect your browsing experience.
Necessary Always Enabled

Any cookies that may not be particularly necessary for the website to function and is used specifically to collect user personal data via analytics, ads, other embedded contents are termed as non-necessary cookies. It is mandatory to procure user consent prior to running these cookies on your website.